Is it time to Prune? - Bonita Y. McCoy 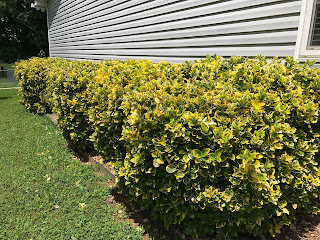 Yesterday, I went into the yard with the idea of pruning the hedges. They looked like characters from Where the Wild Things Are. Their branches, a mishmash of shapes and sizes, lept out in various directions as if they were dancing, wild and untamed.

I began the pruning process, a clip here, a cut there. Limbs and branches fell to the ground as a new shape emerged. It held clean lines and distinct borders, a beginning and an end.

My life at times resembles those hedges. It can take on a wild, craziness that leaves me feeling unproductive and unbeautiful. It becomes hard for me to tell the borders, and the lines begin to blur.

That’s usually when the Lord speaks to me about pruning. Snip, snip.

Now, to be honest, the day-to-day is like the pruning I did to the hedges, getting everything back in shape. Practicing when to say no, and when to say yes and seeking the Father’s best for us on a daily basis.

The season of life pruning cuts a little deeper. It hurts a little more. I find that it involves letting go, moving on, and starting anew. All these acts require faith, obedience, trust, and hope. They call for the complete belief that God our Father is good.

Then, because the Father loves me, He digs deeper into the roots of who I am. He addresses the issues at the core of my soul. This pruning involves struggle because we give up our rights to self. 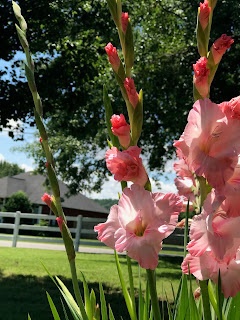 He doesn’t leave dead things hanging on in my life like unforgiveness or worry. He cuts them away, and He won’t let fear or anger draw the life from me. He removes them. He snips, snips, until only the good, healthy branches remain.

It conjures up an image of the crepe myrtle bushes I’ve seen along Jeff Road. In the fall, the gardener lops them off until they are no more than a stub. But every spring, their blooms are breath taking.

Our Father is the good gardener, and as it says in John 15:2, “…while every branch that does bear fruit He prunes so that it will be even more fruitful.”

Pruning is never fun. Whether it’s trying to figure out a new routine or facing a personal fear, it can be painful. However, if God is doing the pruning, the branch will be healthy and the fruit will be beautiful.