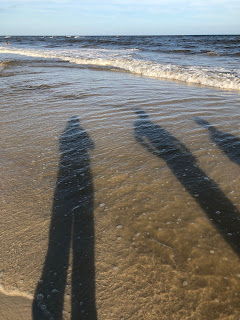 When we dive through the depths of political differences, the cultural diversities, and the sexual issues that plague our world, when we cut through the layers of confusion, half-truths, and water down answers the enemy has been trying to sell us, when we wield the Sword of the Spirit the Word of God and peel them all away, we hit this bedrock truth: A soul is a soul, is a soul.

There is evidence in the Word of God of this truth.
“For God so loved the world… “
The world being who? Everyone? All?

The greatest story that demonstrates my thought is the story of
The Good Samaritan.

The Samaritans, who were part of the tribes of Israel, were an enemy of the Jewish people going back as far as the split of Israel into the Northern and Southern Kingdoms. The history between these two people who should have been one is long and painful which makes the story that Jesus tells all that more potent.

My paraphrased Luke 10:25-37: There is a man traveling a road. He is set upon by robbers and stripped of his clothes and property, beaten, and left for dead. Naked, alone, and defenseless.

We have no idea how long the man has been lying on the side of the road in this condition, but this man stops.

The Samaritan doesn’t know the man who is lying there, but he stops because someone should. It’s the right thing to do.

He checks the man’s wounds. He administers some wine to kill the germs and some oil to help the bruising. He wraps the man’s wounds probably with cloth from his garments or other supplies. Then, he places the man on his ride and heads to the nearest town.

Once there, he does not leave him that first night. We are not told by Jesus what transpired only that he stayed, but I imagine the Samaritan made sure his wounds had been properly attended, as well as arranged for some food and water.
I wonder if they talked. Did the man regain consciousness? Did they introduce themselves? To be a fly on the wall. How did the Jew react when he found himself in the debt of an enemy?

The next morning the Samaritan leaves to continue his journey, paying for the night as well as any expenses incurred by the Jew after he leaves, with a promise to settle up any overage the next time he comes to town.

This man invested time, money, and love into his enemy.
Leading us to the next piece of evidence of this truth that everyone has a soul and every soul is important to God, the second great commandment: Love our neighbors as ourselves.

At the end of the story, Jesus asks the expert in the law, “so who was the man’s neighbor,” and he answered, “the Samaritan.”

Who is our neighbor?

Yes, once we dig to the bottom of all the gobbledygook, who are our enemies or who are our friends, who is above us or who is below us, we find this hidden gem. A simple, uncomplicated truth of our Christian faith: A soul is a soul, is a soul. And as long as there is breath in that soul, there is hope of redemption.